The most famous tourist attractions in Mykonos 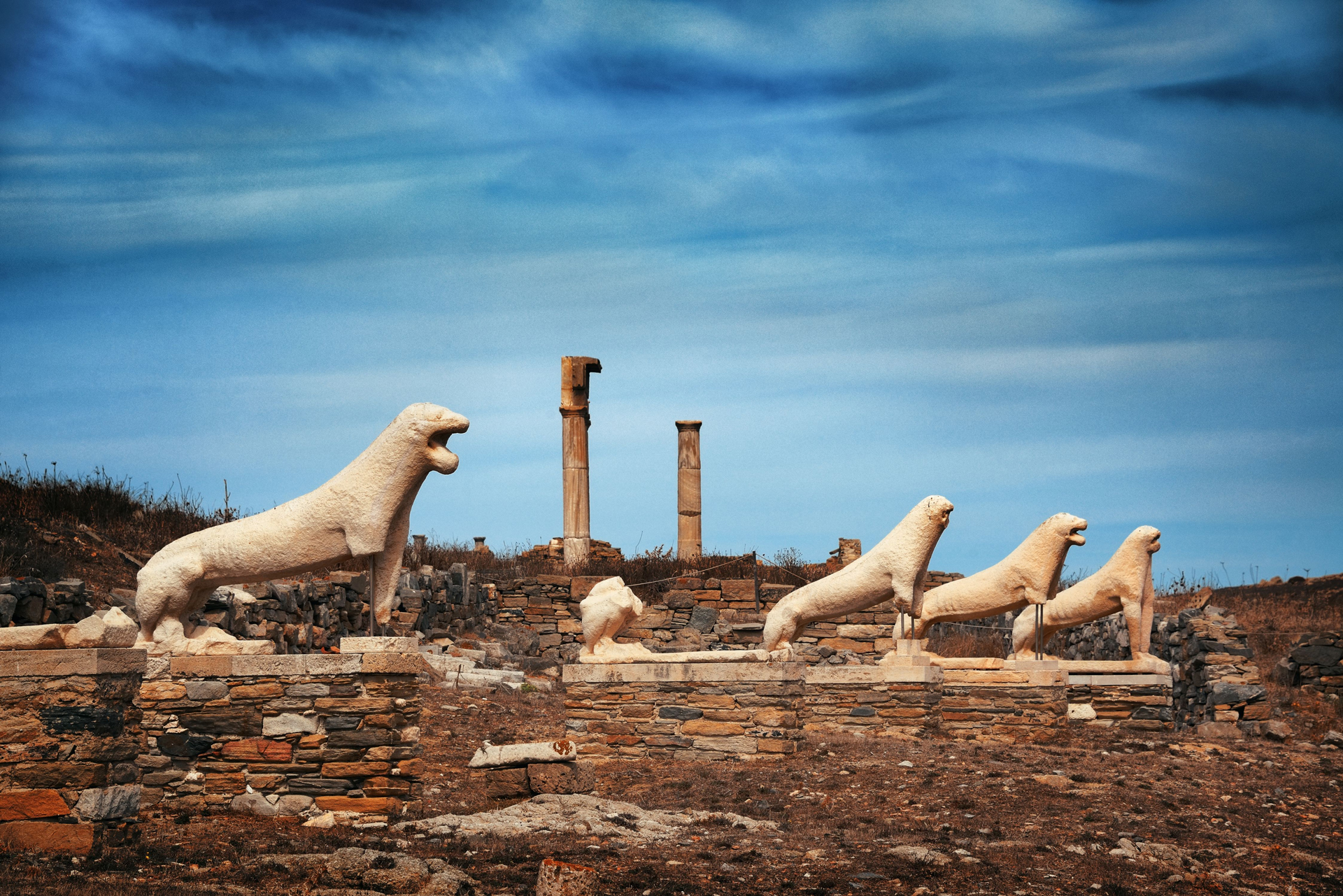 With more than 300 days of sunshine and warm weather, azure waters, sugary shores, idyllic sunsets, whitewashed architecture, soils drenched in myths and tradition, an exuberant lifestyle, and a vibrant night and shopping scene, it comes as no surprise that the Island of the Winds is an elite travel destination not only in the Mediterranean, but the entire world.

A celebs’ playground for many decades, it exudes quintessential Greek island vibes featuring iconic landmarks lining its cobblestone, maze-like streets and adorning its coastline that please all tastes and requirements. And, although making a complete list with all the notable Mykonos attractions without going on forever is, indeed, challenging, you can certainly get an idea of what awaits the moment you step foot on the magnificent island through this guide!

Sitting elegantly along the island’s waterfront (on the western side of Chora), by the picturesque harbour, Little Venice is one of the most quaint regions, enchanting visitors with its beautiful 16th-century two-storey, colourful houses (now operating as bars, cafes, and restaurants) and the non-existent barrier between the calm sea and their wooden balconies! Feel free to enjoy your morning cup of coffee or a romantic evening diner on the water’s edge with nothing but the sound of the waves splashing on your feet! And, as you take a closer look into the charming buildings, you will probably understand why this used to be an upper-class neighbourhood for wealthy sea merchants and sea captains. No wonder the ethereal Little Venice is an integral part of every single Mykonos sightseeing tour!

The Mykonos Windmills – Iconic and overpowering

Also referred to as Kato Mili (translated as Lower Windmills), it is a popular landmark featuring a row of historic sea-facing Mykonos windmills. Tucked a few metres away from Little Venice, the preserved mills are significant relics that have opened their doors to the public, welcoming them to their perfectly preserved interiors, where an exciting time travel begins at eras when harvesting wind power was a driving force for the island’s economy, turning it into a needed stop for ships that wanted to get the iconic rusks (Paximadia) produced here for their long sea journeys!

Today, the tubular, wood-and-straw capped mills with the chalky walls are one of the most popular poles of attraction on the island, providing those who visit it with spectacular seascapes and views of the capital and the sandy shoreline.

Panagia Paraportiani is an outstanding historic and religious site nestled along the coastline at the entrance of Kastro region (a capital’s neighbourhood). Visiting the breath-taking church is undeniably one of the best things to do in Mykonos because the experience will surpass by far your typical church-visiting endeavours. This is because Panagia Paraportiani is not a single chapel, rather than a complex of five smaller 14th-century chapels in total, one built on top of the other, with Panagia Paraportiani being the one sitting on the uppermost spot, looking like a dome.

The seaside church with the milky exterior, asymmetrical shape, and unique construction greets visitors with a rare collection of Byzantine icons and a fantastic blend of various architectural styles and ocean views.

Referred to as the watchdog of the island, Armenistis Lighthouse has been warning ships crossing the Aegean Sea of the rocky island’s existence since 1891 without a single day of idleness, while also standing like a sentinel over the Cape Armenistis region. Sitting peacefully atop a hill, it is eagerly waiting to narrate stories of the island’s rich maritime past and provide a stunning backdrop for selfies that include views all the way to Tinos island on a clear day! At 19 metres in height (around 62 feet) and about 7 kilometres (4.35 miles) from the bustling capital, it impresses with its octagonal, still fully operational tower with an impressive focal height of 184 metres (604 feet)!

Along with its sister shore, Paradise Beach, Super Paradise Beach is the exact opposite of peace and tranquillity! The superbly popular Mykonos shore hosts the most legendary beach parties on the island (hosted at the infamous Jackie’ O beach club) featuring loud music, night-long fun, champagne-showering endeavours, international DJs, and dancing untill the early wee hours. In the morning, Super Paradise is a nude-friendly shore with open-air lounges serving cocktails and drinks to relaxing sun-worshipers who enjoy the lively vibes and ultimate pampering under lux cabanas and umbrellas.

The ancient settlement is built around Panagia Tourliani, yet another awe-inspiring local landmark. The 16th-century monastery with the dazzling collection of Byzantine relics also enchants with the wonderful marble fountain, statuesque bell, and the delightful marble-tiled area that hosts restaurants and souvenir shops.

Wandering the cobbled streets of Ano Mera Village feels as if time has stopped somewhere around the 1700s, actually allowing  you to make sense of the term “island time”, where life is celebrated for every precious second it blesses us with! Also within the Ano Mera region lies another iconic (female) monastery with a beautiful dovecote (according to some accounts, it is the oldest of all religious Mykonos attractions, while others claim it is an 18th-century monument), Paleokastro Monastery, along with the ruins of a glorious Byzantine castle called Gyzi Castle.

The precise location of this 13th-century fort is in the centre of the island, on a hill above Ano Mera village. Although only some ruins remain on this once glorious historic site, history buffs absolutely love the area surrounding Gyzi Castle, which is also much-visited for the ruins of a prehistoric market, an even older fortification, the ancient city of Mykonos, and an ancient cemetery, as well as the 18th-century Holy Saviour church.

Built by a notable Venetian family, namely the Gyzi family, it was constructed in an attempt to protect the island from pirate invasions that were far too often in the Mediaeval times. History has shown that this was a particularly successful venture, considering that Mykonos has suffered very little from enemy attacks during these times (compared to other Cyclades or Mediterranean islands).

The Archaeological Museum – A hypnotising story-teller

Erected in 1902, the Archaeological Museum is the guardian of the vestiges recovered from the Purification Pit in Rheneia islet. The artefacts on display date back to 426 BC and include a collection of Hellenistic period vases, 7th-century Pithos (depicting scenes from the Fall and Capture of Troy), a massive intricately designed Archaic amphora, a statue with a horse’s head on the body and a sphinx on the neck, the priceless Grave stele of Glykon, the 2nd-century statue of Heracles, and the magnetic Archair Hydria, among many others. Besides its amazing collections, though, the museum also fascinates with its distinct neoclassical lines and adorable architecture!

Delos – The birthplace of gods

Although not a Mykonos landmark per se, Delos island is, indeed, considered one of the most prominent Mykonos attractions. Just a short sail from the Queen of the Cyclades, it is the birthplace of twin Olympian gods, Apollo and Artemis.

Delos was regarded as a holy place and a cultural and spiritual hub in ancient Greece, while it even got a UNESCO World Heritage Site distinction in 1990. Wandering through its mythology-soaked land, one is able to see top sights such as the Terrace of the Lions, the Sacred Lake, the Sacred Harbour, Apollo’s Temple, and Cleopatra’s House, along with perfectly preserved monumental structures like gyms, stadiums, theatres, and temples – all offering a unique peek through the keyhole of time and history.